The Strange Success of the British Labour Party

Si monumentum requiris, circumspice
(If you seek [a] memorial, look around you)

Amidst all the anguish over the fate of the British Labour Party in recent weeks, something simple has been missed: the party's internal crises are the result of unheralded success. Since it came into being at the start of the twentieth century, the Labour Party has, through a combination of political pressure and direct legislation, made a major contribution to transforming the lives of the British working class. At the time of its foundation in 1900, the reports of Booth and Rowntree documented appalling conditions in impoverished communities from London to York, with lives blighted by insanitary housing, poor education and prejudice. Labour gave a voice to exploited miners, machine operators and matchgirls, and helped to transform their social and economic conditions. 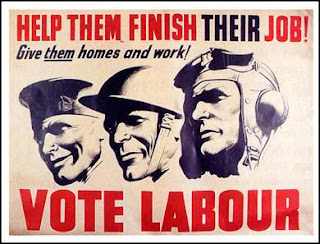 Bob Dylan put it best when he sang: ‘there’s no success like failure’. For all the political setbacks along the way, the Labour Party has arguably been the most influential force in modern British politics. It is true, of course, that the Conservative Party has won more post-war elections, but it was the Labour Government led by Clement Attlee that established the post-war consensus with sweeping reforms between 1945-51, and it was only by changing itself unrecognisably that the Conservative Party was able to flourish as an electoral force. From the housebuilding programme of the 1950s to the ‘Tell Sid’ revolution of the 1980s, successive Conservative governments have sought to park themselves on the turf of the Labour Party to achieve electoral success. Modern Tories are no different: since 2010, for example, David Cameron’s government has protected the NHS budget, reduced the tax burden on the low paid, raised the minimum wage and introduced gay marriage. Under Theresa May, they are now publicly committed to a programme that has more in common with Labour’s 2015 manifesto than with their own.
The battle of the Labour Party to define itself in 2016 thus results from its success in setting the political agenda. Every Labour government since 1945 (including Attlee’s) has been accused of betraying the working class, and every opposing party has attempted to colonise their political programme: at present, the Conservatives, the SNP and, of course, UKIP have moved on to ‘Labour’ territory by arguing that they are the real defenders of the interests of the working class. In this context, it is not especially surprising that Labour Party members prefer to strike out into less familiar waters, providing clearer definition against their imitators. Critics argue that such a move threatens to break the dynamic that has been the secret to Labour’s success: if Labour is seen to be unelectable, not only can it not govern, but it cannot even maintain adequate pressure on the government. Labour would be returning not to the glory days of the Attlee administration, but to the wilderness years of the 1930s.
A final thought: one thing that all Labour activists share is a hopeful vision of what the future can bring. At times, however, this can be mixed with an all-too-pessimistic view of the present, and a relentless search for the victims of government policy. When referring to disadvantaged groups, a Shadow Cabinet minister recently included ‘women’ as one such group. Another Labour councillor took a sideswipe at government policy by angrily referring to the  creation of the ‘northern poorhouse’. Tory cabinet ministers have been sacked for less. If the Labour Party ceases to believe in its own success over the past century, then it may be on the brink of experiencing what failure really means.