A Prescription for Cynicism 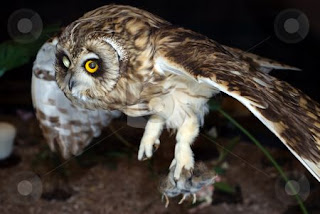 I recently had occasion to advise an old university friend to take up bird-watching as a matter of urgency. Now, I am no dabbler in ornithology myself, you understand. But his need seemed acute. The guy had a serious case of the Trumps, and this was the only remedy that came to mind. The affliction appears in various forms, but the signs in my friend were evident from a long Facebook post, which can be summarised as follows: ‘I don’t trust politicians. They lie, make false promises, deceive and manipulate people, and they will do whatever it takes to advance their own careers.’
Lots of people seem to share this view, hence the attraction of so-called ‘anti-politics’. But to me it is one of the most inaccurate and corrosive ideas around, and I’ll give you two good reasons why:
1.     My friend’s view presents a classic example of what ought to be called ‘the politician’s fallacy’. You see, the thing about politicians is we tend to hear a lot about them, especially when they are accused of deception or unbridled ambition. Naturally, therefore, we make the assumption that these are the defining characteristics of the breed, whereas in truth they are simply the characteristics that we are most interested in. By contrast, the vices, contradictions and faults of most people are likely to be just as prevalent, but are obviously less newsworthy, and so it becomes possible to believe that politicians are some kind of breed apart. However, once you recognise that the working lives of most politicians are not particularly newsworthy, a different and much more optimistic view of the whole political process emerges. Hands up if you had heard of Jo Cox MP before 20 June 2016? Me, neither. Maybe my friend thinks she was a rotten apple too, but all the evidence I could find suggested that she was a diligent, engaged and popular local MP, and would have gone on being so. I think there are a good grounds to suppose that she was not especially uncommon in this regard.


2.     The belief that ‘all politicians are liars’ is a counsel of despair that is likely to cause people to reject the possibility that politics can make their lives better. This becomes a self-fulfilling prophecy: if politics makes no difference, who will seek political solutions to their problems? And this, of course, is where things get dangerous. In every democracy around the world, there are ‘maverick’ politicians who relentlessly push the argument that all ‘mainstream’ politicians will do and say whatever it takes to advance their careers, and aren’t interested in public service. They can therefore make a virtue of saying and doing outrageous things, precisely because other politicians won’t. This not only tends to encourage divisive and inflammatory political rhetoric to gain traction, but also enables the ‘maverick’ to get a relatively easy ride. As long as they continue to defy convention, they will be forgiven by their supporters for making unrealistic promises, abusing their opponents and ineffective leadership. In short, a generally cynical attitude towards the political class will not encourage higher standards amongst politicians, but instead helps to lower the bar for leaders who are high on charisma but low on substance.

Here’s the thing that I really don’t understand. My friend is not politically apathetic or disengaged: in fact he posts regularly about politics, often commenting on the faults and flaws of various candidates and parties. So, what I want to know is: why? If he thinks that pretty much all politicians are dangerously manipulative and deceitful, then surely the whole process of following it can only be a stressful and frustrating one, with little hope of achieving any meaningful change.
The best prescription for cynicism of this kind is to study History. Not the kind which uses the past as a stick with which to bludgeon the present, but the kind that humanises politicians, acknowledges both great achievements and fatal flaws and reminds us that, whilst calculation and compromise are intrinsic to politics, it isn’t the whole story: crooked methods have often facilitated vital progress. Daniel Finkelstein’s analysis of recent British Prime Ministers provides a perfect illustration:


'Lloyd George, bounder and opportunist or great radical leader? Bonar Law, unimaginative minnow or great war leader? The Duke of Newcastle, old fool or master of the patronage system? Both, both, both. The idea that there are simple heroes and villains collapses under the weight of evidence. As does the idea that politicians were so much better in the past. No, they weren’t. They were less experienced, less in touch, less broad-minded and less accountable. We are much better served now.'

I agree. Today’s politicians are more open-minded and more collaborative than those of previous generations. If you are one of those who sneer at the ‘political class’ and condemn the ‘mainstream media’, you are simply repeating a charge that has been made throughout history, at a time when it has never been less justified. You also leaving yourself with an unpalatable choice: despairing cynicism, or blind faith in a single leader who promises to sweep away corruption and put an end to ‘politics as usual’. Either way, history has a lesson for you too.


But, perhaps, like my friend, you just need a break from the Twitterstorms and the social media frenzies. A spot of bird-watching to remind you that, in life as in politics, beauty and darkness are intertwined.